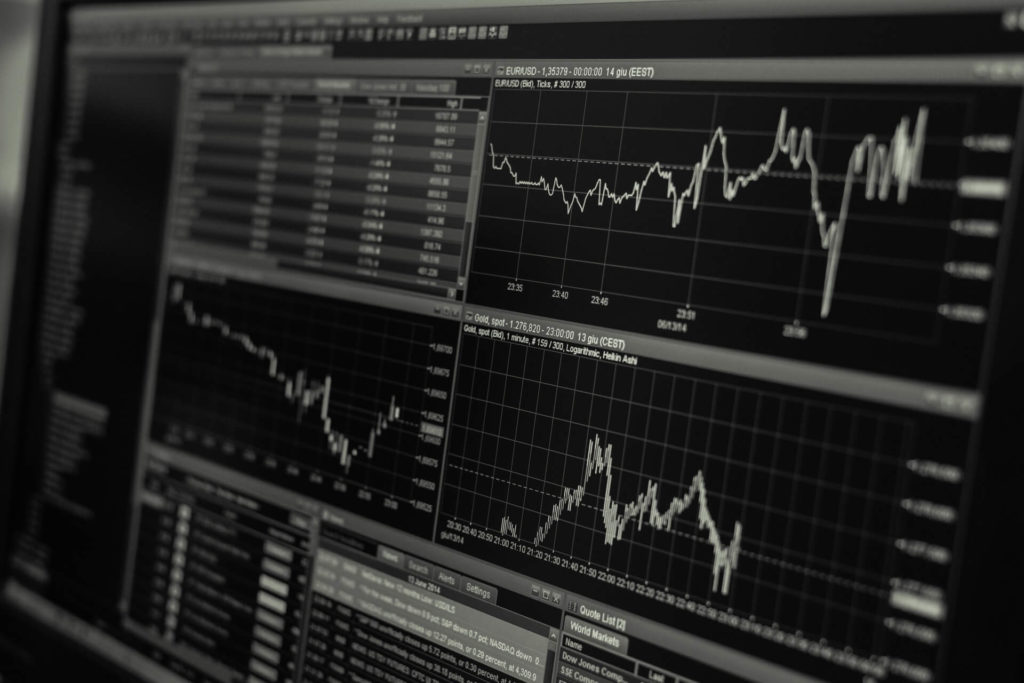 The past three months in the capital markets have been nothing short of remarkable. With the yield curve finally inverting, the trade war with China escalating and the House’s announcement of an impeachment inquiry, it’s gratifying to come out of the third quarter with positive portfolio returns for the period. Inflation is in check, the unemployment rate is at multi-decade lows, and the U.S. economy continues to chug along at a decent clip.

The technical definition of a recession is two consecutive quarters of negative economic growth, broadly measured by gross domestic product (GDP). Approximately 70% of U.S. GDP is attributed to consumer spending. Consumers are employed, their wages are going up and the cost of borrowing is close to cycle lows. The possible fly in the ointment to this positive economic scenario is U.S. trade policy. The dynamic between the world’s two largest economies is beginning to cause corporations to take pause; a slowdown in hiring along with reducing capital expenditures is most likely the biggest risk to this longest economic expansion in history. This uncertainty along with slightly weakened economic data has led to the Fed cutting interest rates twice in the past few months. We anticipate at least one more rate cut over the next several months, as the Fed attempts to extend this expansion for as long as possible. 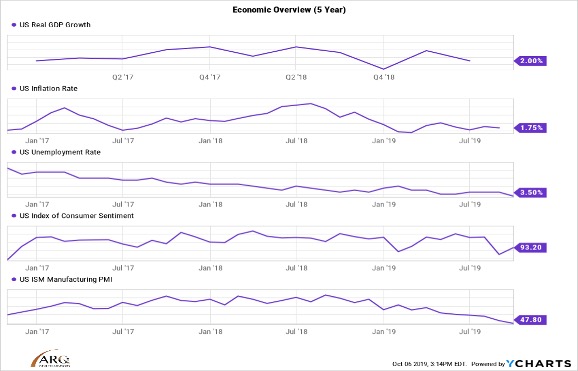 Equity markets have turned in strong returns thus far in 2019. Most of these returns were realized in the first half of the year. This can be attributed to a rebound of a deeply oversold market in the final quarter of 2018. Once 2018’s losses were recovered, the market has refocused on fundamentals, such as corporate earnings and valuations. U.S. stocks remain fairly valued, while earnings growth has flattened out. We believe stocks can continue to run higher for two primary reasons: the first is “TINA” There Is No Alternative; Treasury bonds and cash yielding in the 1.5% to 1.7% range make equities look attractive on a relative basis. Secondly, higher than average valuations are typical when inflation and interest rates are low like they are today. The more attractive opportunities in the U.S. equity markets are in the underperforming small/mid-cap space, and from a style standpoint, value sectors represent a bargain relative to growth stocks.

Over the long run, small/mid-cap stocks tend to outperform large caps with slightly higher risk and volatility. A twenty year look back illustrates fairly dramatic outperformance on a cumulative basis. In today’s environment, small cap stocks in particular are trading at a multi-year discounted valuation relative to large cap stocks. The U.S. stock allocation within our portfolio strategies are weighted approximately 65% large-cap to 35% small/mid-cap.

Bond returns globally have continued to impress in 2019. Falling yields have been the trend all year due to slightly weaker economic data, especially in the manufacturing sector. Political uncertainty around the world (Brexit, Hong Kong protests, U.S./China trade war) has also pushed investors into the safety of high-quality bonds.

The yield on the benchmark 10-year Treasury yield has effectively been cut in half, and the drop has actually outpaced the fall of the 2-year Treasury note yield causing the 10/2 yield curve to finally invert (albeit for about 5 minutes). The significance of this inversion is that it tends to be a strong predictor of a recession. In fact this phenomenon has accurately called the last 7 recessions. That said, once the curve inverts there tends to be some runway before a recession actually starts, and the stock market usually has strong performance during this period. According to Tony Dwyer, Chief Market Strategist at Canaccord Genuity, over the past 3 cycles, it took 25 months on average from the inversion to the start of recession, and the stock market returned 34% on average. Recessions are normal and typically occur every 4 or 5 years. They don’t have to be devastating like the 2008-2009 Credit Crisis. In fact, there have been periods in history where recessions  were shallow and the stock market losses were muted or better yet, the market was actually positive. High-quality bonds and cash typically serve to hedge the equity markets during these periods of turbulence.

Currently, our strategies are fully allocated to their stated targets. Portfolios may be modified to reduce risk based on the following signals: corporate earnings contracting, a weakening labor market and in turn softening consumer spending, higher than normal stock valuations, and reduced access to credit. As of now, all of these signs are a non-issue. If history is any guide, a recession could rear its head at the end of 2020 or in 2021. As diligent wealth managers, it is our goal to protect and grow clients’ investment assets. We will not overreact, but will aim to make the appropriate portfolio modifications if and when the time comes.