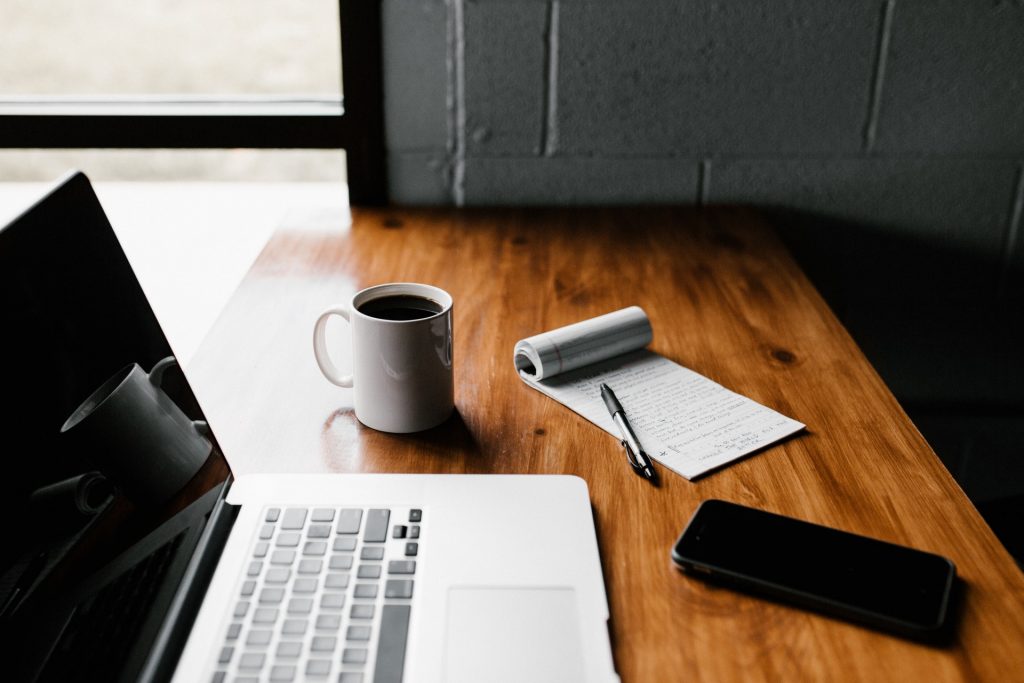 The first three months of 2021 delivered a welcome continuation of strong equity market performance and economic growth. Much of this robust performance is directly attributed to the effectiveness and rollout of Covid-19 vaccines. Although pandemic setbacks remain an issue both domestically and overseas, the overall Covid-19 picture is rapidly improving, translating to a gradual return to normalcy. Travel and restaurant business is picking up, schools are reopening, and the unemployment rate continues to decline as people are getting back to work. In addition to the vast improvements around the Covid crisis, the amount of monetary and fiscal support by the government has helped to prop up the markets and the economy. The long-term consequences of this unprecedented support remains to be seen, but consensus thinking around this contentious subject is that higher taxes and inflation is a small price to pay to put this generational pandemic disaster in the rearview mirror.

The Fed’s monetary policy remains accommodative, meaning the Fed Funds rate remains near 0.00%, and will most likely not increase until 2023. We’ve seen this playbook during the Great Financial Crisis; it encourages borrowing and lending and forces investors into risk assets. While inflation is picking up, cash deposits and CDs look even more unattractive. Fiscal policy is more of a wild card, but so far so good. Stimulus checks, enhanced unemployment benefits and PPP loans have all helped the economy to recover. The next phase of fiscal policy will focus on corporate and individual tax increases and a massive infrastructure bill. With razor thin majorities in both the House and the Senate, the likelihood of the administration’s policy proposals passing in current form is highly unlikely.

The adjacent chart  highlights bonds having a difficult 1st quarter based on the rapid and steep rise in interest rates. Also noteworthy is the return giveback of the emerging markets sector based on the U.S. dollar’s short term strength in the months of February and March.

The fragile nature of the Covid-19 economic recovery has transitioned into a powerful economic growth cycle. Access to capital, pent up demand for goods and services, and historically high levels of liquidity have become tailwinds for U.S. growth. Analyst estimates for the full year 2021 GDP is over 6%, approximately 3 times higher than average. Notably, the unemployment rate is currently at 6%, down from 14%+ just one year ago. The U.S. manufacturing sector saw outsized gains in March, marking the highest reading since December 1983, the Institute for Supply Management (ISM) reported. 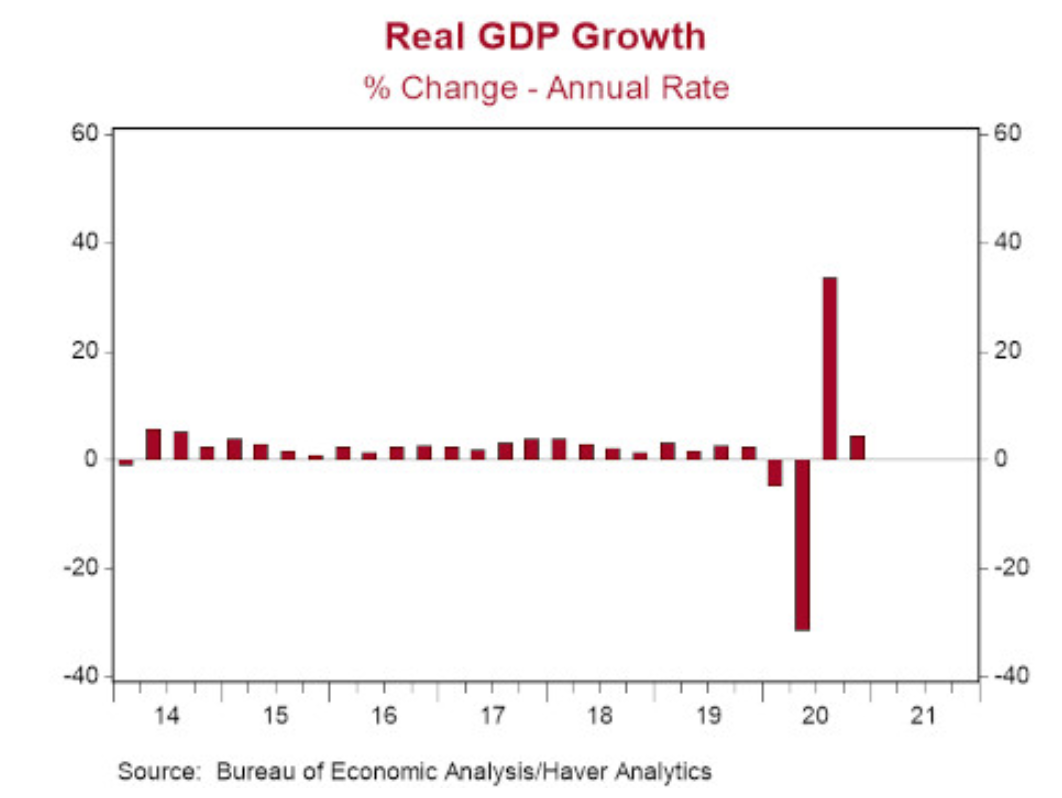 Economic expansions are usually not short-lived, so we are optimistic on the U.S. economy for the next few years, so long as the improvement around all things Covid continues to move in the right direction and major policy mistakes are avoided. Examples of  policies that could derail the economic expansion include the Fed reversing course on its easy monetary policy too soon and/or taxes are aggressively and retroactively raised on individuals and corporations. While normalizing short term rates and increasing taxes to help reverse the effects of deficit spending will be necessary, getting it just right will take patience and a level of bipartisan support. 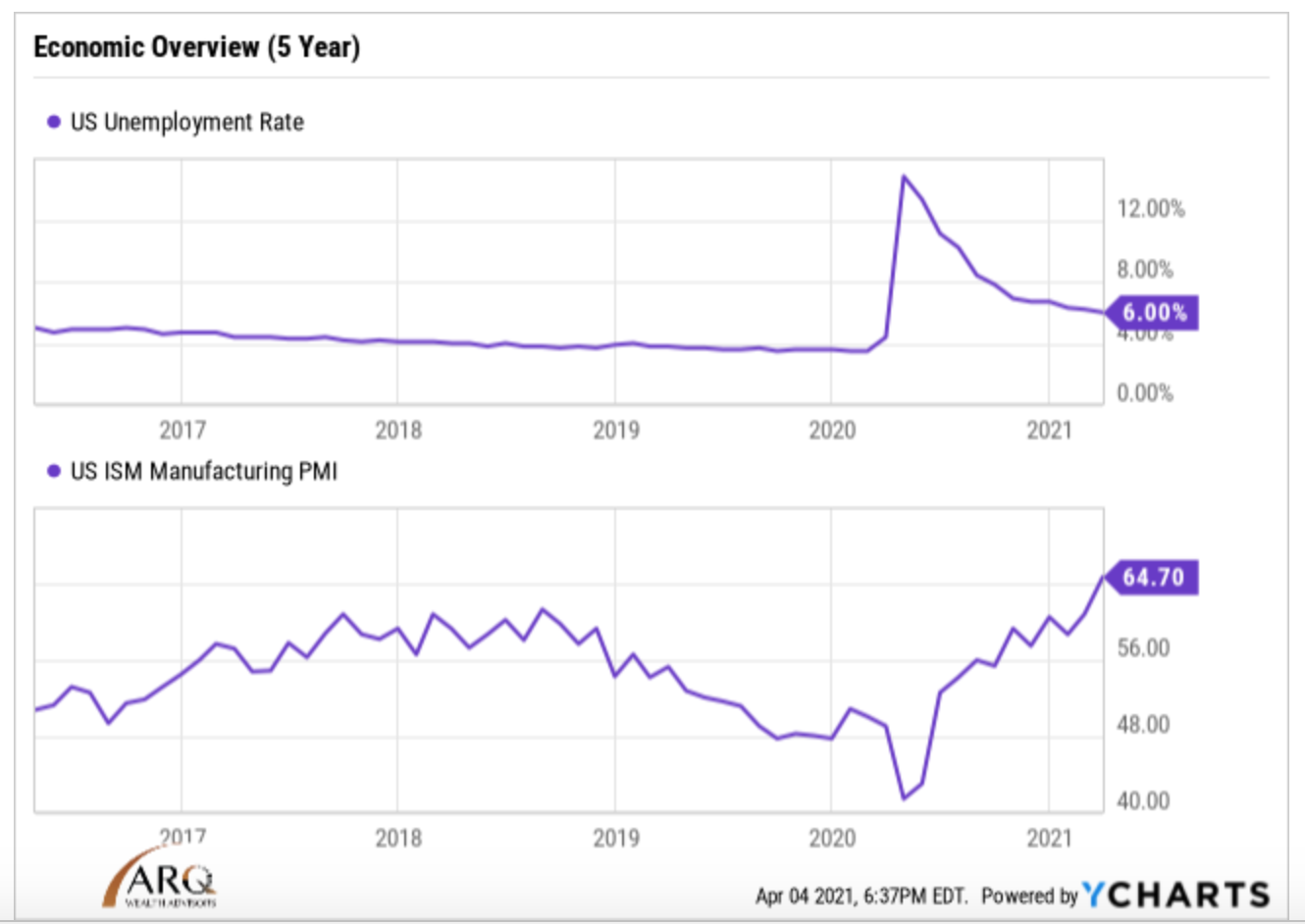 Fueled by strong corporate earnings, upside surprises in economic data and optimism around the vaccine, global markets continued their march higher during the first quarter of 2021. The big story for the quarter was that the more cyclically sensitive value stocks (financials, energy, materials, industrials) dominated growth stocks (technology, biotech, consumer discretionary, communication services). It’s been several years since value has bested growth, mainly due to the meteoric rise of stocks like Tesla, Amazon, Apple, and Facebook. We think that value’s outperformance has legs for several reasons: value stocks are simply cheaper, value stocks tend to outperform at the beginning of economic expansions, and value stocks tend to outperform during periods of rising interest rates.

Another theme that arose during Q1 was that small and mid-cap stocks outperformed large caps. Similar to the value/growth dynamic, small and mid-caps have underperformed large cap stocks over the past several years. Now, as we enter a new economic expansion, these stocks have the most to gain. This is the typical playbook. It happened after the Tech Bubble in the early 2000’s and again after the Great Financial Crisis. Technology and Communication services stocks represent approximately 17% of the capitalization of the Russell 2000 small cap index versus the S&P 500 that holds 35% in these sectors. The Russell 2000 has heavier weightings in economically sensitive sectors like materials, industrials, and real estate.

On the whole, foreign equities began the year outperforming domestic stocks, but about halfway through the quarter, this pattern reversed. The performance shift was due to the slower rollout of the vaccines overseas coupled with some dollar strength attributed to the quick rise in U.S. interest rates and impressive U.S. economic data. Foreign equities most likely have more to gain than U.S. stocks in the near term with the primary drivers being greater vaccine penetration and cheaper valuations.

We wrote in our last commentary, “our portfolio strategies are well positioned to sustain higher interest rates.” Well, we were put to the test. The benchmark 10-year Treasury yield started 2021 at 0.93% and finished Q1 at 1.74%, almost doubling in three months. When interest rates go up, bond prices go down. The longer term the bonds, the greater the volatility. That said, for the quarter, the bond/non-traditional holdings within our client portfolios returned -0.42%. Compared to the significant losses in the chart to the right, we fared quite well. Looking forward, yields are still quite low compared to historical norms, but prices are down and yields are up, which is a more favorable environment for fixed income assets.

The good news is that rates have risen for the right reason, a rapid pick-up in economic data. It is confirmation that the economy is healing and therefore interest rates are normalizing. Unless there is an unforeseen setback caused by the pandemic, we would expect the yield curve to continue steepening, albeit at a more gradual pace.

Heading into the 2nd quarter of 2021, there are reasons for optimism. Here in the U.S., Covid-19 cases, mortality, and hospitalizations have cratered in recent months, all down by approximately 80%! Between actual infections and vaccinations, the U.S. is fast approaching herd immunity. The economy is booming and the stock market is near all-time highs. However,  it is not time to “back up the truck.” In order for the equity market to continue gaining from current levels, earnings need to really deliver and interest rates need to remain relatively low. These two factors are the keys to supporting current market levels. History shows that once yields become attractive to bond buyers, bonds become competition for equities. This should be a couple of years away. Until then, we remain extremely diversified across asset classes, sectors, and market capitalizations in order to achieve healthy participation while managing downside risk.